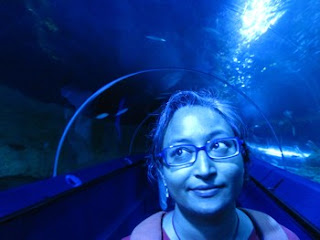 Tell us about yourself and how many books you have written.
I've written mostly novellas, with two full novels, and many short stories. I only seriously in 2000, but couldn't sustain it until 2010, when I wrote my first novel 'No Distance To Run'. I write mostly romantic suspense, science fiction/fantasy and mystery/adventure. In my writings, I like to draw on my own experiences of places, people and activities plus a big dose of fantasybe that a hotel stay in Bloemfontein, a fish lunch in Perth, or investigating a crime on Mars.

What is the name of your latest book and what inspired it?
My latest release is 'Settle Down Now Revised Edition'. I wrote the first edition between 2013 and and published it in 2015. It was very flawed, but I love the story, and would still like to explore the characters. Taking some very encouraging and well-thought out advice from earlier reviewers, I reworked the original story into the prequel 'Unsettled', and this new version of 'Settle Down Now'. I plan to write the next instalment in the series next, in which we'll learn even more about Rob's mysterious past. (I was earning little, then nothing at all) and finding that elusive Mr Right. I it as fun and as over the top as I could. Before I knew it, contestants were turning murderous, and the story just grew. It was so much fun to write. lines still make me laugh out loud! Blurb: He has secrets. She has cents. Billionaire Charmaine Donnet's search for Mr Right goes public in the most humiliating way. Her dating coach, and trusted friend Joss, has turned introvert Charmaine's quest into a hit reality TV show. Events take a dark turn when one of the potential Mr Rights goes missing at sea. Charmaine is not sure she will survive this desperate Hart's cruise. Set in South Africa and the Indian Ocean, with echoes of Rob and Charmaine’s previous life in Scotland, the story moves from Durban to Richards Bay to the yacht ‘The Sunflower’. Introducing Charmaine when she learns of Joss’s plans for her, along with Charmaine onto the decks of the yacht together with the charming, competitive and often sweet men vying for her hand. With contests which show the uniqueness of each potential Mr Right, Rob often seems the last person Charmaine may fall for again. Murder brings tension, and matters to a head between Charmaine and Rob, especially as she hasn’t realised how much he has changed. With the yacht sabotaged and the appearance of pirates, everyone on board has to work together to survive and see that justice . Buy links: Pre-Order: https://www.smashwords.com/books/view/914246 17 March 2019 at most eBook stores. Download a sample from my Patreon on 17 March 2019: https://www.patreon.com/LeennaNaidoo

Why did you write in your particular field or genre?
I grew up reading Mary Stewart, MM Kaye, and loved Meg Cabot's chick-lit. I also love , fantasy and adventure stories, so I prefer my romance to have a dash of this or that. It seemed natural for me to write a romantic suspense with chick-lit tones.

What kind of research did you do, and how long did you spend researching before beginning this book?
I drew much from my studies of TV Production, a short sailing course, and a cruise my sister took me on. I also spent a lot of time double-checking nautical terms and other technical details whilst writing. It was hard for me to complete the scenes of the storms without getting those sorted out in my head first. The coaching aspects drew on my own experiences with a metaphysical life coach friend, though she is nothing like Joss, thank goodness!

How do you select the names of your characters?
I like a good pun, and as Charmaine and Rob first met in Scotland and I wasn't sure of his background just then, I him a Scottish-flavoured name. Robert is common, and in my mind, so Robert Hart. I loved that you could shorten it to Rob Hart! Charmaine's took a lot more time to figure out. I wanted her name to be one any South African would be familiar with, but not too common. So, Charmaine ran off the tongue best. Her surname by one of my high-school teachers who really made an impression with me with her kind nature and tenacity to help all of us through our science course. It's a variation of her name. Then I could still have Gillian make horrible puns with Charmaine's surname, too! This is the process I usually to choose 's names.

How do you like to collect and organise your ideas?
I have a notebook with thoughts, ideas, and sometimes doodles. I also like to collect odd news stories (there was one recently about a guy who, if I remember correctly, ran a contest to find a person to holiday with him!) and I love talking to people. I'm not very organised, so I depend on the 'brewing method'. I allow the ideas and elements to collect and stew, then write it out in hopefully some way that makes sense. The exception is my flash and short fiction, which by a spark and quickly written.

How long did it take you to write this book?
I began it as my 2013 NaNoWriMo project and didn't reach the target because of work and family commitments. I took another three months writing in late 2014 to complete it.

What's next for you as a writer?
I'm very excited about my science-fiction/fantasy episodic fiction 'Quest For The Wholly Pale' to later this year by FV Press. I've also had Rob's mysterious past to clear and have been researching aspects related to that already. So, I'll be writing more about him and Charmaine next. I'm also revising another adventure/fantasy set in China, featuring a South African teacher, called 'Situation No Win'. 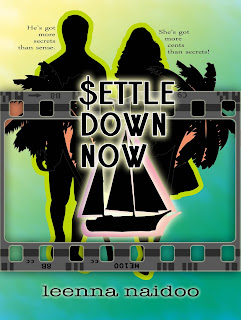 Author Bio *
writes cross-genre suspense, romance, and dabbles in sci-fi/fantasy. She also reads the tarot. on Fiction Vortex and () in Quest For The Wholly Pale. ’s most unnerving experiences include: looking a red kangaroo in the eye, flipping pancakes for the in front of her class, interviewing Alan Dean Foster, and teaching a hellhound how to share a biscuit. Sometimes she writes about these and other less nerve-wracking things; sometimes she doesn’t.